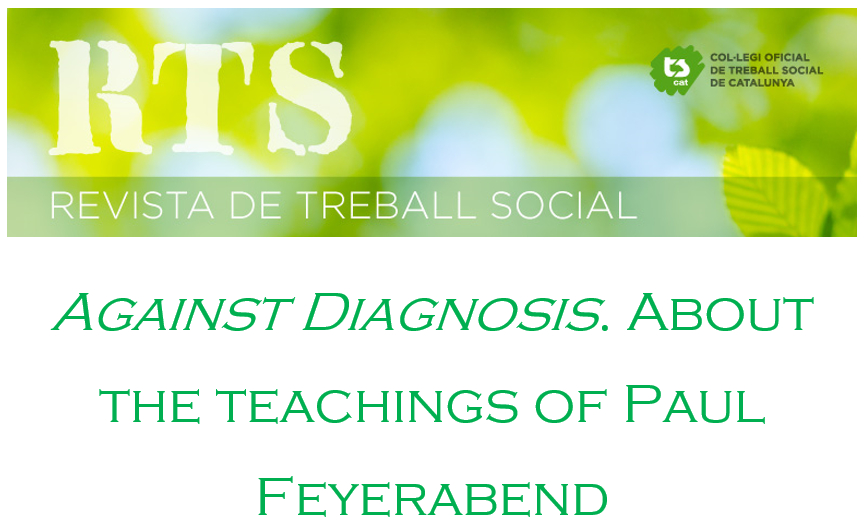 Against Diagnosis is a wink to Paul Feyerabend and to one of his best known works: Against Method, published in 1975 and reprinted many times. This text is not only winking at him but also at all those people who have contributed and still contribute to understand and make a more human, critical and collaborative Social Work. Thus, a Social Work opened to diversity, with no intention of technical, political or economic domination.

First, we will explore some of the weaknesses of social diagnosis. Secondly, we will present some rather perverse relationships between Social Work and social services. Finally, we will outline a proposal to be rethought among all the people who believe in Social Work as a collaborative praxis from horizontality, rather than a controlling Social Work basically based in the delivery and management of goods and services.